I went out for a solo bikepacking mission over New Years. I’d been looking to go out for a long solo ride for a while and the circumstances finally aligned to encourage some solo time. I needed to give my brain a long stretch of time to get bored of itself, to get bored of its stories so I could get to the bottom of what was causing me to be off-kilter.

AmyH said it well earlier in the week: I’ve done enough work on my past and my issues that my “karma” is pretty much instant now. Which means if I am not in my heart, not choosing love, I know right away.

I know when my life is out of balance. I maybe don’t tune into it as well as some people do, and I sure as heck don’t ever have immediate answer to fix it, but I have become self-aware enough to know when I’m not doing something right. The trick is figuring out what that ‘it’ is, and then to figure out why ‘it’ is no longer serving me. Easier said than done.

I had a late start to the day with the plan of riding some to all of a 186 mile loop I had cooked up. My plan was to ride until I got ‘it’ figured out. After a stop at Summit Hut for some fuel and dehydrated meals and a stop at Sprouts for some trail food, I had enough to get me through the day, night, the next day, and the next night. Then it would either be a resupply point, or clarity. I parked the car at the Circle K in Oracle and pedaled slowly out of town towards Tiger Mine road to catch the AZT section that I’d ridden at night during the race. 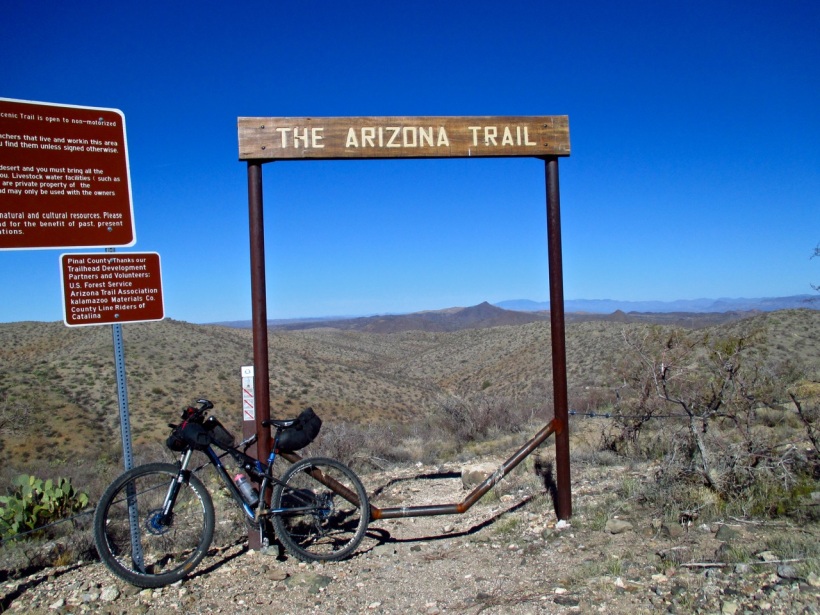 I expected to feel the same euphoria riding the trail as I had during the AZT300. I wanted the trail to flow, I wanted to be in love with the rocks, the cacti, the trail. But I wasn’t. The bike felt clunky with the weight, the legs felt anything but spry. The overhead sun washed everything out.

This is dumb, I should just turn around, a part of me argued.

Not until you figure your shit out, another voice argued. I kept pedaling.

With the sun low in the sky, I found myself a camp site on top of a hill overlooking everything. I got the last of the light from the setting sun, I was set up perfectly for the first rays of the morning sun. I sat down to watch the sun set, but the only thing I could find myself thinking was ‘Man, this would be so much better if Scott was here.’

I laid out my sleeping bag, heated up my dinner and watched the sky turn the colors of the Arizona sunset. And I got to thinking, because that was the ultimate goal of the trip.

I thought a lot about racing. I thought about how I’d hemmed and hawed on a trip to New Zealand this February because I wanted to race the AZT750.

I thought a lot about how Scott and I had thrown around ideas for a bikepacking grant program and who’d we want to give money to off the top of our heads to help pursue their dreams. It wasn’t racers.

I thought back to a conversation regarding what we’d do if money was no object. For me, racing wasn’t even on the list.

I thought about Casey Greene’s post in the bikepacking.net forum talking about bikepacking performances of the year, arguing that sure, speed was cool, and people rode really fast, but what about the people putting in new routes, pushing new limits in new places. Reading some of the reports from the trip he linked up blew my mind. It almost made me want to get a packraft and learn how to paddle.

Why did I want to come off the AZT750 healthy and happy? So I could get on the Divide six weeks later. What was I looking for there? It certainly wasn’t the fear of bears, the endless road miles, the very act of losing my mind. I wanted the euphoria of a blissful run like I had in 2012.

But experiences can’t be recreated like that. Going back on the Divide, or the AZT, wouldn’t guarantee white-bliss-bubble riding, but the expectation of it would surely prohibit it. The common saying is that insanity is doing the same thing over and over and expecting different results, but in this case, isn’t it the opposite? Isn’t it insane to expect to put myself in the same situation, a year older, a year wiser, a year changed, and expect identical results?

Why did I want to go back to the CTR six weeks after finishing the Divide? To finish the Triple Crown. To prove that my health issues had nothing to do with bikepacking. To finally do something that I could call a monumental achievement and then happily retire from the sport? In my heart, I knew that even if I’d pull something like that off, it wouldn’t be enough. Even if I pulled it off healthy and happy, there’d be more to do. There’s always more to do. My records will get broken, I’d want to go back and try to re-break them. When did it become about records? When did it become about the shock factor of how far I can push my body before it quits on me? What was going to be enough?

Would it take another total body shut-down that I couldn’t recover from to make me call it quits? What was I chasing and why?

The puzzle of bikepacking is essentially solved for me. Give me 12 hours and I could put together everything I need for a fast run on an unknown course in any weather condition ranging from the sub-artic of Alaska to the desert of AZ. I know the sleep that my body needs. For the most part, I can shovel down food at a rate that supports incessant forward motion. I’m pretty damn good at following a little red line on my GPS and not stopping for anything. I know that I have to brush my teeth every 12 hours to keep mouth sores from becoming a problem and I know Sour Patch Kids are entirely off limits for any type of racing. I know that ice cream sandwiches give me gas but are oh-so-good.

I went to a yoga class in Boulder over Christmas. The theme: Acceptance isn’t giving up.

So I started working on the acceptance that maybe I was bored of sleep-deprived, uncomfortable bikepacking for the sake of speed. Maybe I was a little bored of all the routes. Maybe I came to the realization that the rest of the AZT course past Picketpost didn’t sound inspiring at all (Highline trail, really?), and if I really wanted to go hike the Grand Canyon, I could go do it without a bike on my back. Maybe I was bored of training, of doing intervals, of two years of being unhappy with my weight. Maybe my AZT300 run was as close to perfection in terms of stoke (because I know several places I could have gone faster) as I’d get and I had no business trying to recreate it.

Maybe I wanted to go do something different. Maybe I wanted a new puzzle to figure out. Like how to plan an extended bike tour. Or how to live in a van. Or how to speak Spanish and go touring in South America.

Maybe I was ready to learn to just be. Not giving up on future dreams and hopes, but just accepting the current moment. Instead of doing things in the moment that I thought would bring me happiness in four months, what if I just did what made me happy now?

I settled into my sleeping bag with my Kindle and Brendan Leonard’s New American Road Trip Mix tape. I stayed up until the wee hours of the morning reading it cover to cover as my air mattress continued to lose all of its air at 20 minute intervals. At the end, after asking ‘What is a life?’, Brendan leaves us with:

The best thing you can do with those question is keep trying to find the answers, not actually find the answers and tell yourself you have it all figured out and kick your feet up for another weeknight of television.

I close the Kindle and proceeded to not sleep for the rest of the night as I continually tried to convince myself that sleeping without a pad really wasn’t that bad and I’d done it plenty while racing. Two hours after I eventually nodded off, the sun was up, and as I was perfectly situated to catch the first rays, so was I. 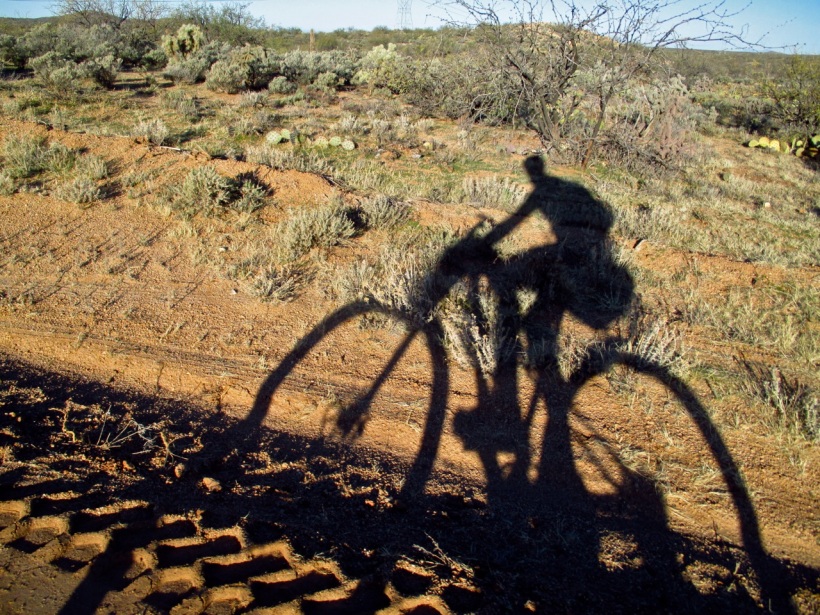 Something tells me it’s going to be good.