It was almost bizarre this morning, waking up to bright blue skies. In all honesty, we haven’t had a bluebird day since our second full day here. A few partial appearances of the giant glowing orb, but they’ve been few and far between.

Mt Roberts, the mountain that dominates the view from the hostel has been staring down at us for the past several days, quite often covered in clouds. There was a blue-rated trail up it, with a time estimate of five hours for the 9km circuit.

Since we’ve been humbled by every other activity here in NZ, we figured that it would take us a full five hours. Scott had to be back around one for a race starting in China, Kait wanted to be back to go ride with Kurt in the afternoon, we figured we’d make the most of the time we had and split up if necessary.

Of course it didn’t help our time crunch that my rear shock had decided to lose pressure while sitting indoors for two days and I had to pump it up using the smallest shock pump in the history of ever.

It was a fairly mellow (by NZ standards) ride the few miles and 1,000 vert up to the trailhead. Bikes were stashed behind the roots of a giant upturned tree, and up we went. 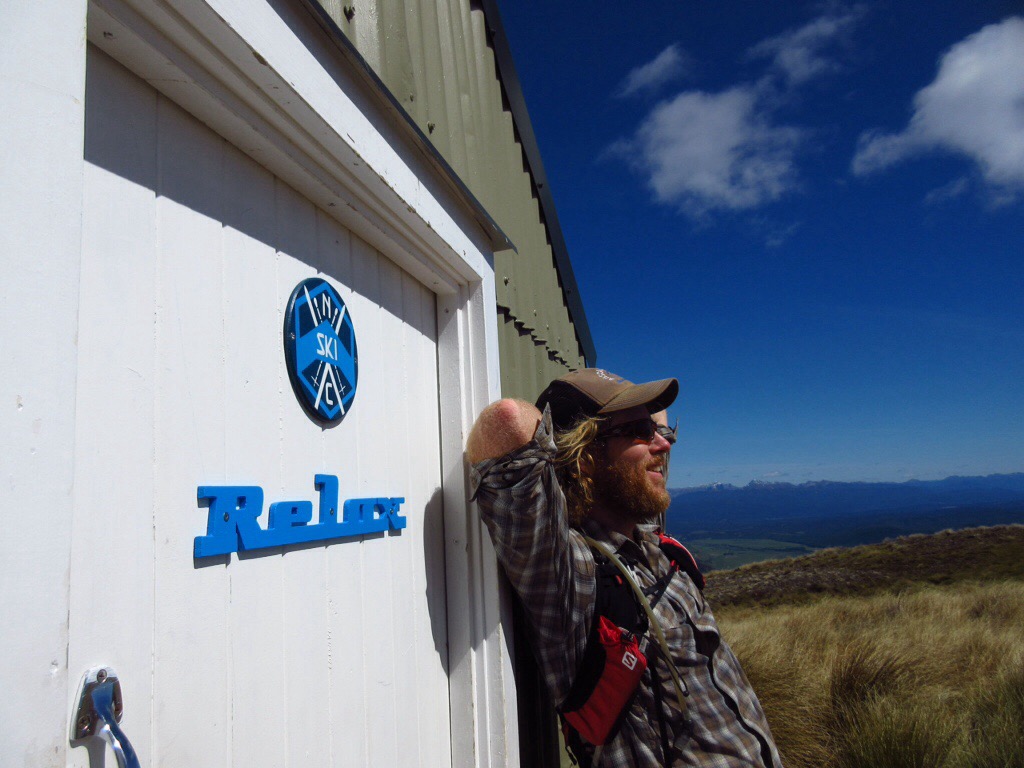 Scott, who probably spends the most amount of time claiming that he doesn’t have the muscle adaptations for running and hiking set a blistering pace up the switchbacks of the mountain. There were definitely moments of struggle to keep up. Unadapted to hiking, my ass. 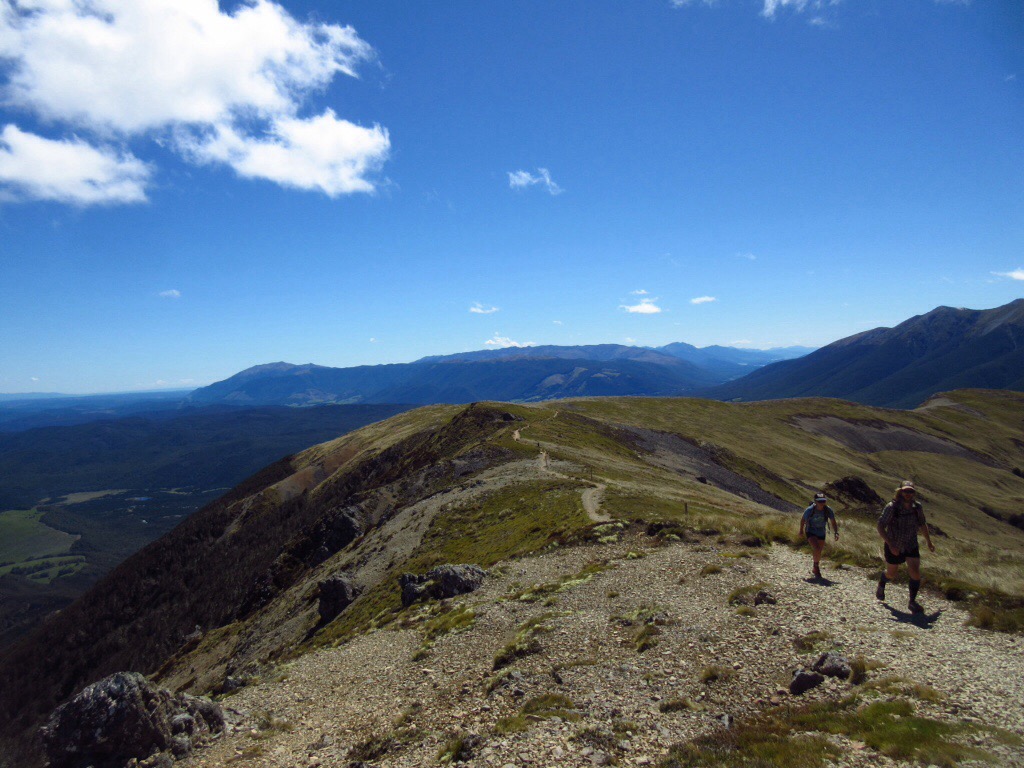 The sign at the carpark had told us that it would be a 2 hour climb up. We knocked it out in 45 minutes.

Using the convincing argument of spare time, we all agreed to head up the ridge a little ways towards the St Angulus hut. When we crested the next rise, our jaws dropped.

This place is truly one of the most spectacular places I’ve ever been.

Words and pictures can’t capture the scale of this place. Colorado on steroids. 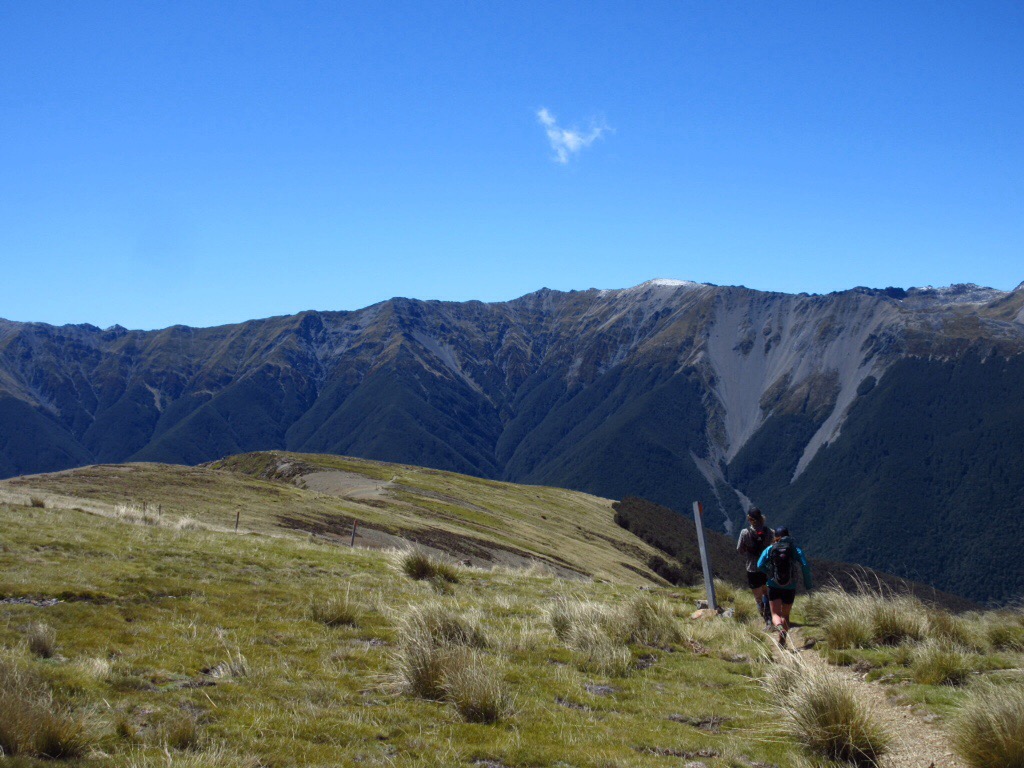 We made quick work of the way down, and somehow I convinced both Scott and Kait that we could complete the rest of the loop around the mountain.

These are really stupid words to say when doing anything in New Zealand, as we’ve learned over the past two weeks.

The trail was beautifully runnable down, following a broad ridge before starting the long plunge down towards the lake before leveling out and contouring over to the parking lot.

We were back to the bikes just over two hours after we’d left them. We still had plenty of food and water.

On one of NZ’s most front-country trails, we didn’t get epic’d! I think we were all a little bit surprised.

It was a momentous occasion celebrated with high-fives and a long coast back down to the highway and a short pedal in single track back to the hostel. Scott made it back with seven minutes to spare, Kait performed the fastest run to ride turnaround and was out pedaling within half an hour of returning.

Me? I settled into the couch and connected words and sentences. If all goes well, this should be my last work day for a while. It’s time to ride!

One response to “Sun’s out…go hike a mountain”